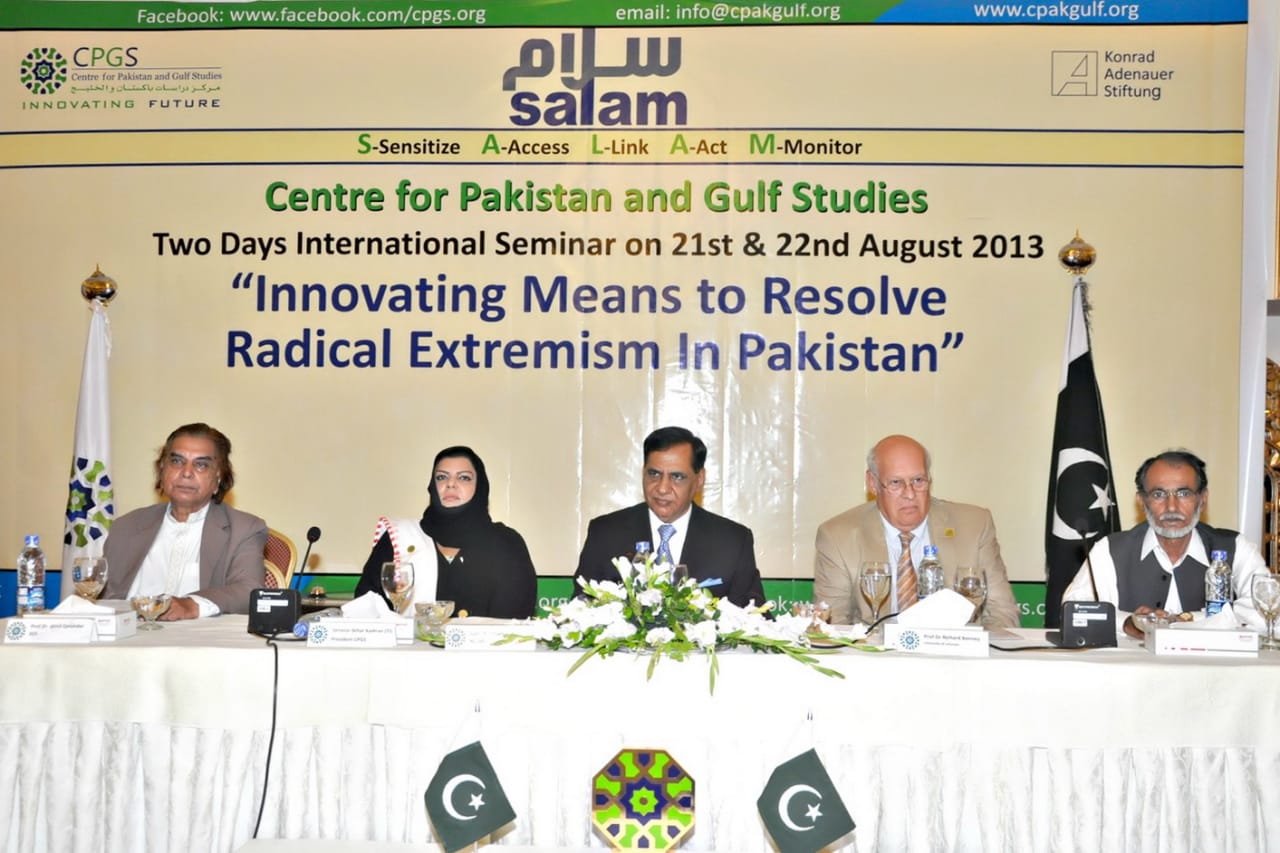 Man, as some psychologists hold, has no fixed nature. It is the trio of environment, education and training that determines his nature. Prior to the dawn of civilization, man living in caves and jungles was as savage, brute, and ferocious as wild beasts. With civilization, man grew as human but still with enormous beastly potential which, like a dormant volcano, awaits activation. In a situation of extreme frustration, he learns to be aggressive and seeks pleasure in inflicting pain on others and in killing them, as well as subjecting himself to pain and suffering to the extent of enjoying being killed; he ceases to fear death.

The history of Pakistan has been the history of the paradoxical phenomenon of Islamisation and de-Islamisation. Islamisation, generally of the entire Muslim world and particularly of Pakistan has been the warp and woop of the American policy to counter communism and fight the ex-Soviet invaders in Afghanistan. With American sponsored Jihadi training camps, a peaceful community namely the Taliban, were surprisingly transformed into ultimate warriors who came to know the Soviet war tactics and learnt to counter them. During this phase, America played the role of the emancipator of Afghanistan. Men from America and Europe enjoyed absolute freedom to move anywhere in Pakistan, in the Tribal Areas, and even in Afghanistan.

With the collapse of communism and the defeat of the Soviets in Afghanistan, there occurred a sudden change in American geo-political policy and strategy, with a surprising U-turn from Islamisation towards de-Islamisation. It was because there was now no need for Islam to counter communism.

Arrows which were initially aimed at the ex-communist bloc were now turned towards the world of Islam. Capitalizing either on the sway of dictatorial regimes therein, though of a secular and nationalistic character such as that of Saddam Hussain in Iraq, apprehended to possess nuclear or chemical weapons of mass destruction; or on serious socio-political blunders and human rights violation instances such as those of the ex-Taliban rule in Afghanistan and their destruction of the Buddha’s Giant Statues in Bamyan Valley, and what they committed of grave atrocities to the Hazara Shia population therein as well as to the mixed, mostly Persian speaking population in North Afghanistan.

Finally, it was the ‘mysterious event’ of September 11th, 2001, that was made a pretext for a total U-turn in American geo-political and strategic attitude and behavior towards the World of Islam. With this, the Taliban, who were once the most favored class of American socio-political and strategic priority, were now apprehended and projected as the greatest threat and danger, with their ‘Madrassa’ culture, to America’s security and liberty. And with this the training camps which were sponsored by America to prepare Taliban for Jihad against the Communist infidels of the ex-Soviet Union were totally forgotten and lost sight of the memory constantly kept afresh and refreshed of Madaris with their infrastructure of a Jihadi nature.

Now it was America which came forward to replace the ex-Soviet invaders in Afghanistan and got engaged in a long-term war against the Taliban in Afghanistan, with its grave repercussions in Pakistan and in the entire Indo-Pak region. In the second phase, Taliban came to know the American war tactics and learnt to encounter them. In the first phase, the Taliban’s war activity against the Soviets was rationally controlled, but in the second phase, their war activity launched against America got suicidal with no fear of death – an attitude and behavior that they have learnt from their long-term experience in war-situations, especially from their religious conviction that martyrdom is nothing but a direct passage to Paradise. Such kind of conviction and constant involvement in war strengthens such feeling. It is in the darkness of obscurantism and sectarianism that the germs of radicalization and war mania are initially born and thrive. Following N.A. Whitehead’s view, the universe of humans may be regarded as an organism, and sectarianism is like a cancer which spreads to and gnaws the entire organism. In other words, sectarianism in one part of the world affects it other parts.

It was during this phase of Islamisation that the pre-partition curriculum and syllabus, known as the ‘Dars-e-Nizami’, of the religious ‘Madrassas’ was ‘mysteriously’ subjected to the operation of Ocam’s razor and books of extremely sophisticated nature on philosophy, logic, mathematics, sciences, mysticism, literature and narrative art were removed. When I asked an American new Muslim and official in the Curriculum Wing of the Ministry of Education, namely Yusuf Talal why these books were removed, he answered saying, ‘We need hardliners to fight the Soviets in Afghanistan and these books produce thinkers instead of fighters. I was surprised to hear that.

The ‘Madrassas’ were left with a lopsided curriculum consisting of collections and textbooks related to the Quran rote memorization and recital, its Tafseer (commentary, the Prophet’s (PBUH) sayings and practices, Islamic jurisprudence without its in-depth study – a curriculum posited in strict opposition to normative, sociological and empirical sciences. Even prior to this kind of operation, the religious curriculum of ‘Madrassas’ has been stagnant and static in the sense that it has never been revised to include books on philosophy of history of civilizations, archeology, architecture and fine arts.

In the beginning of this polarization, its implications being dormant were not felt. But the cult of Islamisation, on one hand, and the lure of radicalization and takfir (charging one another of infidelity) on the other unleashed its aftermath of the trio of extremism, violence, and terrorism.

According to John Stuart Mill’s notion of multiple causation, all this may be due to a number of causes as well as the cause and effect of a complex situation. The nature of ‘Madrassas’ oriented religious education is, however, paradoxical in the sense that it has tremendous moral and psycho-therapeutic value and at the same time, being lopsided, rigid and static with spacio-temporal disorientation and the menace of sectarianism it tends to undo the good it claims to do.

Prior to the Soviet invasion of Afghanistan and their involvement in war against the Soviets, Taliban were extremely a peaceful community so much so that they used to be considered ‘sheep’. I well remember my encounter with them, during my childhood, in a mosque of my native town Parachinar (Kurram Valley), where they used to come and gather in throngs in a specific month of the year for collecting charity. They would spend the whole night singing poetic quatrains in Pushto and dancing to their tunes, while tossing their heads and jerking their bodies – all this activity in sitting positions, in circles around their ‘masters’. When I recall that activity going on in a prayer place, it reminds me of the dance of whirling dervishes of the Qunia Sufi order of Jalaluddin Rumi whose monumental poetic work, Mathnavi, was a part of the Madrassas’ curriculum of those days, which regretfully stays removed from the curriculum now.

What is the solution? The solution lies in what learned scholar Professor Dr Richard Bonney referred to yesterday evening, to what Jesus Christ says:

‘Love thy enemy, love thy neighbor’

It has never been and should never be in the constitution of Pakistan to radicalize, which is self-evident from what the poet-philosopher of the East Allama Iqbal says about America:

‘America, however, is a healthy element amongst the elements Western civilization. This is perhaps because the country is free from the old, outmoded traditions, and its social intuition can accept and accommodate new and novel influences of thought.