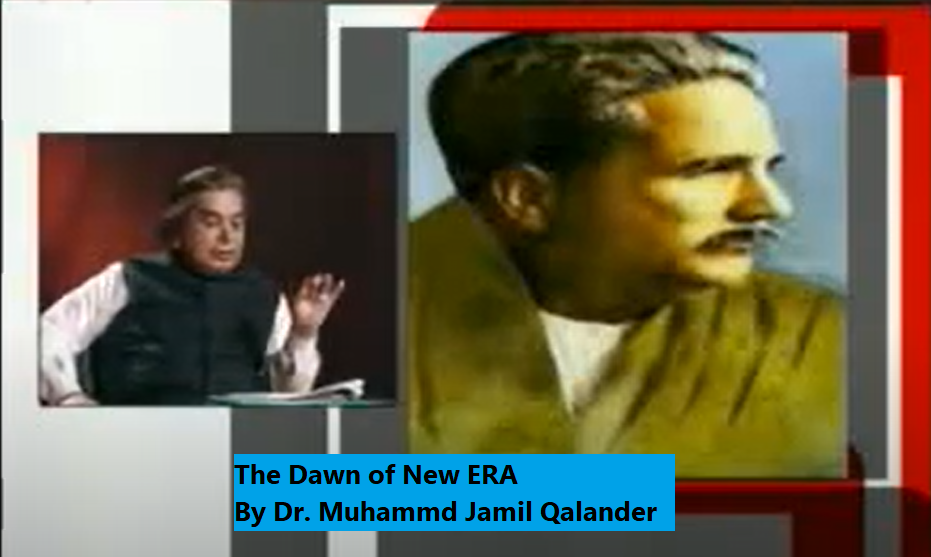 What I see eludes the hawk-catch art of pick and communication,

The more I dive deep to reveal, the more I conceal the truth of observation

From the cave of Solitude with my Eagle, Dove, and Lamb,

I watch forests aflame due to men’s devil of inflammation

From the mount: Snow White across the sea-shore: Haze, I gaze,

Lo! The tempest of Doom looms large to enter each room of our earth-ship,

And its crew, boom-drunk, lies heedless of their destiny and destination

Is there some Noah to rescue, some Buddha to head for salvation?

Lo! Humans are at the threshold of the Garden of Bliss and Blessings,

The Dragon that feeds on the blood, sweat, breath, and air of others,

Which when runs wild, runs over all that is green and alive,

I am nothing but a broken heart born in the land of stones,

Where Muhammad is stoned to bleed his Dear Sons meet assassination

By a misdeed of Great Slaughter and Sarmad is beheaded;

And Jesus and Hallaj are received with thorns and crucifixion

Ah! It was Arabs of the Desert, who gave tough time to Muhammad,

They at last deserted him along with his Divine Dissertation

Ah! All the anguish, pain, and agony that I am do remain there,

To groan and wail, and burst into this storm of revelation

Lo! From reception to conception to labor pain to delivery is an uphill journey,

Of Soul within Body rolling as glass amidst cliffs of retardation

And passing through a series of deaths till it comes out with a ruby,

Of “Self”, snatched from the hawk of the peaks of aspiration

Ah! My Dear! It is for your sake that I put on different masks,

With you being the Centre of my soul’s circumambulation

Though named M. Jamil by parents, I view Qalander as my source name,

A new genus of human genius, a fountainhead of inspiration

A ground of faith and certainty, a ray of hope and assurance,

In this dark cloudy milieu of uncertainty and desperation

To you, my Jano, and to every jandar of human species,

And every janver-member of any biospheric association

And a remedy to all pain, anguish, and agony,

And a balm to all human torts and sufferings inflicted,

Through injustice, mismanagement, and maladministration

Yea, a genius that “rearranges the old material in a manner

That is to rebuild our Old Home in the open lap of Nature’s nurture,

Meaning that “old is gold”, and that it is the museum mystique of an antique home that

May February herald the reign or the fabric of Nature and Nurture.

Free from the infernal fib of artificiality and fabrication,

And be it the camphorate febrifuge of cool springs and shades,

With the ginger ale warm lap of ice-breaking radiation

And may March be the onward march of Reason and Love,

On the path of wisdom, truth, goodness, and beautification

With Beauty being the Marchioness of Bliss and Grace,

Keeping pace with Love, the Marchio of longing and adoration

When April spreads its apron of Green, Red, and Blue,

That is a rainbow of the manifold and multiform coloration

Then may the Aphrodites of non-apprehensive innocent longing,

Flutter and flap their wings with superhuman appreciation

And when May brings in its wake the child-play of maying,

To celebrate the arrival of Mia with throning and coronation

To nurse children of Mother Earth within the matrix vast

Of the Mercy of all Maya with its multi-matric-manifestation

Then may the eagle of far-reaching fancy-flight and dive

Hunt the birds of Nothingness with its paws of creative imagination

Of chaste naturalism free from their artificial din and decoration

Where Juno, the matron of well-being, care, and union,

And July give my Julia that elixir tonic of julep,

Which, temper’d with camphorate and ginger ale drink preparation

Works as the juju of jujube, which when tasted slightly,

Rejuvenates, without the toil of jujitsu, the aging youth of this generation

May August make us see in the august scene of grim and grave events,

Our fate and destiny with the power of foresight and divination

And may September septilate the septenary of common sense,

May October resonate with the crescendo of the sweet octave,

And November bring new ember to burn all naivety,

Excercis’d in the name of modernity and renovation

Misused to cause the tragic erasel of the old that is gold,

Of the archives of human creativity and Divine creation

Ah! Heaven! Thou that until now mourn’d the fate most tragic,

Of Alexandria and Baghdad’s Live Sea Scrolls burnt to fumigation

Saw its repeat – a nightmare most shocking and surprising,

Seen in the daylight of our present culture and civilization

Making thus the world of prehistory, antiquity, and ancient mysteries,

Recede further and sink into the limbo of oblivion and negation

Men! Status, health, and wealth, if lost, may be made well any time,

But a piece of Art or Nature, a wonder of creation

A mount, a rock-shelter, a monument, a manuscript, a cave that shrouds,

A Scroll of Wisdom once lost fails any skill of restoration

Pray all Heads use their head and come to their senses,

And desist from their suicidal dance of insanity and vexation

And avoid further raping the antique and mystique chaste beauty,

Before things reach a point of no return with no option left,

Except the insane, suicidal game of others’ and self-extermination

To avoid that: may human wit learn to “live and let others live in peace”,

And create a clime of Tolerance, Acceptance and Liberal Conservation

And save the roots and fruits o Science and Art through the suits,

Of Justice insured to each individual and nation with no discrimination

And by smashing the idols of lust for power, wealth, game, and fame,

And erect the statues of shared liberty and self-determination

It is not the innocent idols in temples, but those lurking in hearts,

That orphan children, widow women, and cause fields devastation

Men! You think you can flatter God with what He didn’t accept from angels,

Angels whom He made bow before Adam to salute his coronation

As Successor made Omniscient to tame Nature’s Hosts for all creatures’ good,

But you misuse your religion as a tool to torture humans,

So woe to you and your creed, you swines and apes of disorder!

And woe to your seeds of misdeeds, you dragons of damnation!

Both from the East and the West, who make our Heaven into a Hell of unrest,

And fight Mother Nature along with her lure of Nurture and procreation;

What you are looking for as Pharaoh in the lofty mount of Tora Borah,

Lurk right as Moses in the safe Heaven of your fortification;

You and your skyscrapers are nothing but a filthy load of dirt, curse, and shame,

Ah! Your big cities are nothing but a “nightmare of urban loneliness”;

Where being at home, birds are homeless with their bitter sense of alienation

So wait till the Doom Hour lands and the Earth shakes, and throws away,

As angry camel, her burdens, broadcasting her news of sheer purgation

Lo! The Earth doth breathe as all life breathes in trees, animals, and humans,

It does need, as they all do, the Open and the Blue for her free respiration

From a seed to a full-grown tree, from a gene to a full-shaped babe,

A slow and steady journey of gradual manifestation,

See O blinkers of science! the non-geometric dot of nothingness,

Amidst the three layers of black hole restless to become a white hole of radiation.

Yea, see the stir and blossoming of the heart of nothingness

Into the show and glow of the garden of gradual germination

Yea, by the Dawn that breathes, and makes Nature breathe as the bosom home of Nurture,

All Nature’s ups and downs, hills, and plains-feats of the eco-wisdom,

Recoils on humans, through chain reaction, with severe irritation

Men! Maintain Eco-balance and never violate or let it be lost at any cost,

Lo! It is the Laws of Balance and Measure that rule each galactic constellation

Let the saplings of Modernity grow within the nursery of Antiquity,

With Mother Nature left free to dictate her terms of innovation

Let the sanctity of Mother Nature’s Sanctuary rule all excellence of,

The means of transport, information, and communication

And let the Green and Blue of Nature prevail over the smoke and din of Industry,

It is the antique architecture with its mystique, whose absence doth accounts for,

The present crisis of identity and nostalgia of an old affiliation

Yea, an architecture whose wisdom enshrines all value: sacred, holy,

And sublime, a trans-horizontal bridge to the sky of ecstasy and revelation

The present architecture is but a folly of beehive geometricalism,

With its psycho-neurotic ills that have made this globe into a virtual hell of,

Conflicts, tensions, wars, and fits of peace and security violation

Men! Leave Yellow, White, and Black Gold for the Old that can’t be bought or sold,

That is, Wonders of Pre-history buried in the Earth awaiting keen exploration

Leave drinks that make you dance heedlessly over treasures under your feet,

For the Wine of Wisdom that gives omniscient intoxication

Why don’t ye unearth geo-wonders and make the Earth into a global museum,

Instead of building museums with deep nostalgia given casual articulation

May December herald the age of Insight, Light and Rights,

With the breakage of the cage of anti-Nature suffocation

And with turning up the bright page of the marriage of Reason and Love,

To let flow the streams of joy, pleasure, ecstasy, and sublimation

A marriage is seen in the image of the summit of the Holy Decimvirs,

That passing through Cosmic Soul beat the strings of Existence,

To echo the wailing tunes of Time in talismanic resonation

In the quiet of the vault and tomb of the inner mosque and church of psyche,

People of Evangel! Be ye the cool breeze of Good News to blossom,

The rosebuds of Love rather than hurricanes to blow off life and vegetation,

People of Torah! Be ye souls ignited with the Fire of Love that spoke,

At the Holy Towa Valley Tree, the Agni of Illumination

A Holy Feast with its supplement in the “Purana” lore of the First Scrolls,

And the Ancients’ Psalms, the old sacred archives of hymnal recitation

That is, Vedas, Gita, Upan’shad, Dham’pada, Zend-Avesta, and Analects of Confu,

All sub-merged, as under-currents, in the sea of Quranic revelation

Let this globe be a live museum of diverse cultures and civilizations,

With no state of mutual war, but of harmony and cooperation

Free from the chill of Monotony, and with ample scope of Escape-Zones,

For the birds of diverse passions free to singing, nesting, and migration

May the triple M of Moses, Mary’s Messiah, and Muhammad,

Symbolizing the maternal motto of Peace for every nation

Married to the wisdom of Krishna, Buddha, Zoroaster, and Confucius,

Make our Mother Earth the cradle of Bliss, Creativity, and Recreation

Broadcasting her good news of the image of Divinity as Peace and Peace-Giver,

With His greetings: Peace, Peace as the ultimate balm of pacification

And opening her bosom with the Ways and Means of Peace to the ultimate Home of Peace,

With the chant: Peace, Peace echoed in her Children’s hymn of salutation

A ruby of the queen-wish that Qalander holds in his heart-kashkole,

To hurl it against stones to release springs for love’s garden irrigation;