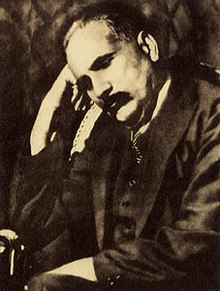 To make Iqbal’s concept of Destiny intelligible, it is worthwhile to highlight his concept of the Divine, the cosmos, and the human.

Unlike some thinkers who have pictured the universe as a tight mechanical system, Iqbal has conceived it in terms of a free creative movement. According to him, it is neither a closed system nor a finished product; it is rather an ever-increasing, expanding, and moving universe. To him, a seemingly solid and concrete thing is nothing but a phenomenon of movement. To quote his own words:

Physical science has reduced all things to move. The essential nature of the atom in modern science is electricity and not something electrified. What we call things are events in the continuity of nature which thought specializes and thus regards them as mutually isolated for purposes of action. The universe which seems to us a collection of things is not solid stuff occupying a void. It is not a thing but an act (1).

If what we call a thing is nothing but simply, an act, an event, and a movement, then why does nature appears to be a series of immobilities? Allama answers this question by saying that it is the activity of thought operating on static concepts that result in the phenomena of immobilities in nature. He refers to whitehead’s view on this issue, according to which nature is not a static fact situated in an a-dynamic void, but a structure of event’ processing the character of a continuous creative flow which thought cuts up into isolated immobilities out of thus mutual relations arise the concept of space and time(2)

In other words, things cease to be what they are, when they become objects of the analytic operation of thought. It is due to this analytic mode of thinking that a mountain appears to us to be stationary and solid, while it, as the Quran says, is in a state of movement akin to that of a cloud.

Allama points out that in modern Relativity physics a substance is a system of interrelated events rather than a persistent one. The entity has variable modes. He says that according to whitehead’s exposition of relativity theory the concept of matter has given place to the concept of organism.

Allama thus impresses on the minds of readers the following points:

To put Allama’s view differently, we may say, that the whole cosmos is a huge vault of creativity wherein the Divine bell of Kun Faya Koon (Be, and it is) is perpetually ringing. It is the great ontological show of eternal ‘becoming’ in the direction of ‘Being’.

Being consistent enough with this line of thinking, Allama has no hesitation in ascribing perpetual dynamism even to the creative self of the Divine, with the proviso that he denies to him this dynamism in the sense of his movement from an imperfect to a relatively perfect state, or vice versa. To him, the ultimate Ego exists in pure duration wherein change ceases to be a succession of variable attitudes, and revile its true character as continuous creation, ‘untouched by weariness’ and unseizable by ’slumber or sleep’. He further says that to conceive the Ultimate Ego as changeless in this sense of change is to conceive Him as utter inaction, motiveless, stagnant neutrality, and an absolute nothing. To the creative self-change cannot mean imperfection Allama quotes G Goethe who says:

In the endless self-repeating for evermore flows the same. Thousand arches springing meeting held at rest the mighty frame. Streams from all things love of living, Grandest star and humblest cold, all the training, all the Striving is eternal peace in God.

To Allama, both time and history are the play and interplay of free creative movement in a disciplined and organized way.

Now we shall turn to Allama’s concept of man which logically results from his general view of God and the cosmos as elucidated so far.

To Allama, man is a ‘restless’ being obsessed with his ideas to the extent of forgetting everything else. He says:

With all his failing he superior to nature in as much as he carries within him a grand trust which, in the words of the Quran, the heavens and the earth and the mountains refused to carry  ……..

He is destined perhaps to become a permanent element in the constitution of being. When attracted by the forces around him, man has the power to shape and direct them: when thwarted by them, he can build a much waster world in the depths of his inner being, wherein he discovers his inner sources of joy and inspiration. Hard his lot and frail his being, like a rose-leaf, yet no form of reality are so powerful, so inspiring, and so beautiful as the spirit of man! Thus in his inmost being man, as conveyed by the Quran, is a creative activity, an ascending spirit who, in his onward march, rises from one state of being to another ……….. It is the lot of men to share in the deeper aspirations of the universe around him and to shape his destiny, as well as that of the universe, now by adjusting himself to its forces, now by putting the whole of his energy to mold its forces to his ends and purposes. And in this process of progressive change, God becomes a co-worker with him, provided, thus Allama regards man as the shape of his destiny and that of the universe, and elevates man to the states of a co-worker with God. Now the question arises what is destiny? Does it negate the freedom of man’s will, initiative, and action? Allama answers this question by saying:

It is time regarded as an organic whole that the Quran describes as ‘Taqdir’ or the design a word which has been so misunderstood both in and outside the world of Islam. Destiny is time regarded as before the disclosure of its possibilities. It is time freed from the net of the causal sequence the diagrammatic character which the logical understanding imposes upon it. In one word, it is time as self and not as thought and calculated. The destiny of a thing is not an unrelenting fate working from without like a taskmaster; it is the inward reach of a thing its realizable possibilities which lie within the depths of its nature and serially actualize themselves without any feeling of external compulsion. Thus the organic wholeness of duration does not mean that full-fledged events are lying, as they were, in the womb of reality, and drop one by one like the grains of sand from the hourglass.

According to Allama ‘life with its intense feeling of spontaneity constitutes a center of indetermination, and thus falls outside the domain of necessity.

From the foregoing, it follows that Allama differentiates between destiny and fate. According to him, fate is a strange and unknown plant in the soil of Islam. Commenting on the European critics of Islam, Allama says:

It cannot be, however, denied that the idea of destiny runs throughout the Quran. The fatalism implied therein is not a negation of the ego as Spengler seems to think; it is life and boundless power which recognizes no obstruction and can make a man calmly offer his prayers when bullets are showering around him.

But is it not true, you will say, that a mostly degrading type of fatalism has prevailed in the world of Islam for many centuries? This is true and has a history behind it that requires separate treatment. It is sufficient to indicate that the kind of fatalism which the European critics of Islam sum up in the word ‘Qismat’ was due partly to philosophical thought, partly to political expediency, and partly to the gradually diminishing force of the life impulse, which Islam originally imparted to its followers.

In our times’ philosophers have furnished a kind of intellectual justification for the finality of the present capitalistic structure of society.

The above quotation from Allama’s famous work ‘The Reconstruction of Religious Thought in Islam’ tells us about the difference between ‘destiny and fate’.

(It is lawful on your part to ask for a new destiny since Reality is replete with an infinite series of destinies).

In a nutshell, man’s destiny follows the type of being he becomes. This is what Iqbal teaches.